We officially welcomed Bear into our family last March, just 8 weeks old, a ball of fur shooting out of four massive paws. I still remember the day we took him home. We were instantly enamored and so excited to surprise our boys (that had no idea we were getting a puppy). We took the day off to drive to Maine to get him and I held him the whole way home, calming him from the no doubt anxiety he was feeling from being away from his mother and the rest of the liter. As I pet him and whispered to him, his knees gradually stopped shaking and his heart rate slowed to normalcy. Nose to nose he gave me a kiss and we were both wrapped up in each other.

We had pretty much always talked about having a dog in our home, and more specifically it had to be a Bernese Mountain Dog. One of the first trips we took together as a couple was a road trip out the Berkshires of Western Massachusetts. There, we settled into a condo for a few days of rest and relaxation. Each day we got up and head out on little adventures after stopping by a tiny general store to grab a cup of coffee and a breakfast bar. That’s when we saw him. The most magnificent of dogs. I’d only seen a Bernese on tv or in magazines prior to meeting this guy face to face. I was hooked. He was a mountain of a dog, easily over 150lbs, and his chocolate brown eyes cut through me. I turned to Andrew and said “This is it. When we’re ready, this is our breed.”

Life happened from there and “ready” didn’t come. New jobs, marriage, Bishop, a new house, baby Bennett, and with all that came schedules busier than we could’ve imagined. 5 years later, no dog, and frankly we weren’t rushing it out of fear it would be just another thing on an already full plate. Ask anyone with two under two; piece of cake. NOT! Add an 8 year old to the mix and forget it. We were maxed out.

Or so we thought…

Our nanny joined our family December of 2016. We’ll need a whole other post to highlight the blessing she is to us, but let me say this…she is the coordinator of our chaos. She makes us work. The difficult eased. The stress reduced. And the love magnified. She’s amazing. And…she’s a dog lover! When interviewing her she told us that she and her husband were planning to get a French Bulldog pup soon. They had already picked her out but we’re waiting for her to be ready to leave the liter. When we told her she could bring her pup with her to work you’d of thought we handed her a million dollars. Phoebe (that’s the pup), became part of our norm, the boys fell in love with her, and within a few weeks, Victoria (that’s our nanny) had texted us a picture in the middle of the day of a Bernese pup a breeder in Maine was looking for someone to claim. The rest is history. I think it took us 10 seconds to say yes. Andrew and I met for coffee during the work day and made the call to the breeder. The next week we took our Baby Bear home. 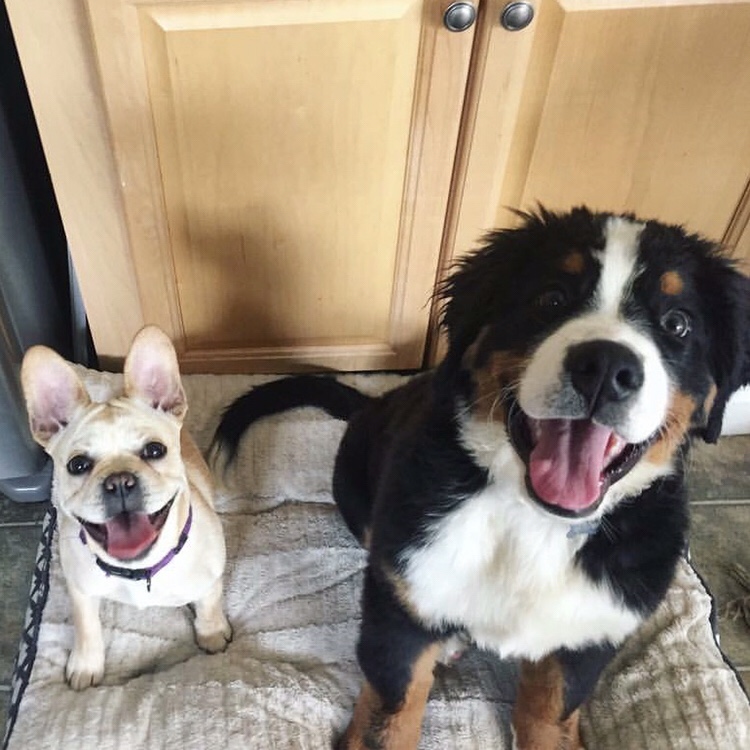 The blessing he’s been to us all has been boundless. He was made for our family. We couldn’t ask for a better companion for our boys to grow up with. He’s playful, loving, gentle, and other than chewing on the boys’ toys from time to time and forgetting that he’s a massive dog and not a lap dog, he embraces the crazy that comes with being in a boy house.

My favorite thing about him is how he loves. Every night, when the day comes to a close and the boys are all tucked in for bed, Bear lifts his paw up to me and Andrew in a gesture of loyalty before flopping down on the living room carpet for the most epic of belly rubs. He loves hard and each night is rewarded for his faithfulness. Our boys love this dog. We love this dog. And that love is reciprocated in immeasurable ways.

Did we take Bear into our family when our plate was already full? YES. But the reality is it was our plate that was full, not our hearts. Our Bear-Bear is so full of life. He’s our fourth (and final) child, completing our pack. 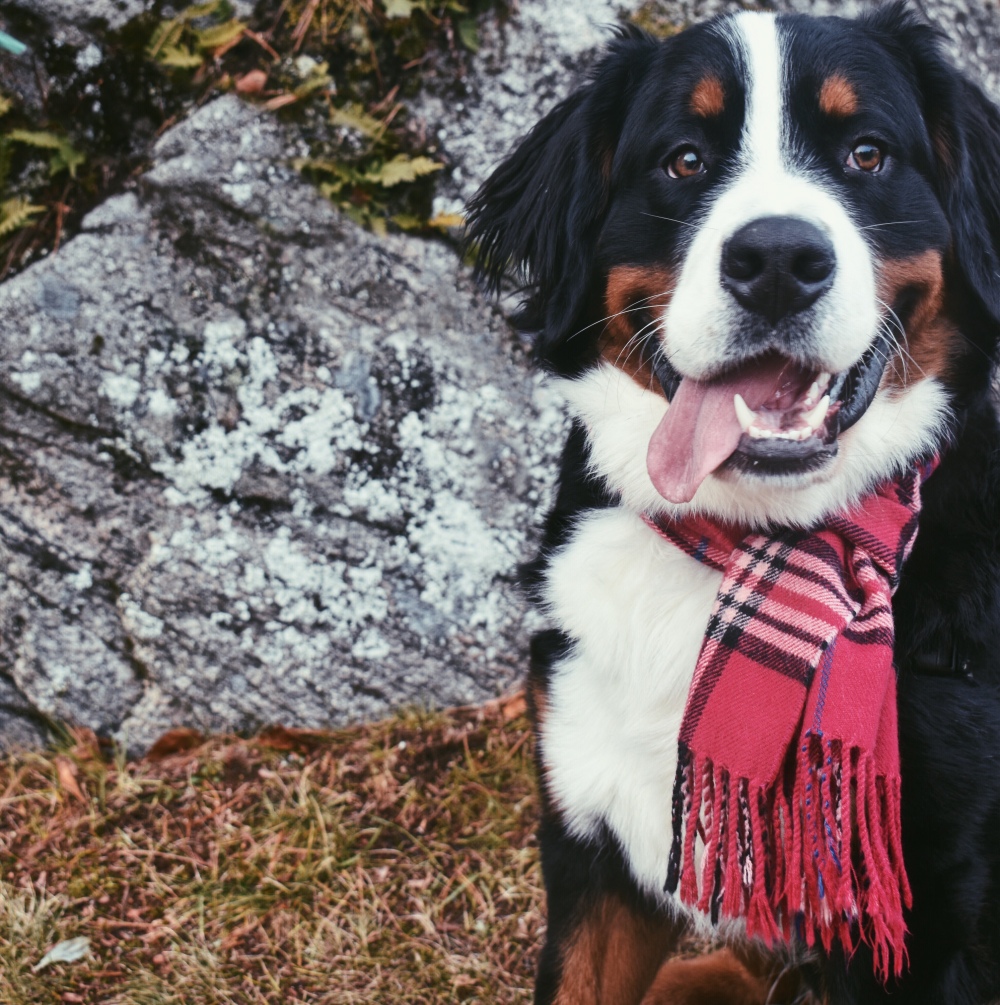