I can recall house hunting and touring what would become our home. The market was crazy competitive. We had placed a few offers on what we thought were the “perfect homes” for us. Each of those offers were declined, one after the next, likely won by the highest, most bullish buyer willing to waive every inspection under the sun to secure the deal. After 4 months of looking, it had become beyond frustrating. We lived on Zillow and Realtor.com praying for the next posted listing in the area to have potential.

When our house hit the MLS we were not floored by it. It was not the type of home we had been looking at. Stylistically, I could tell through the pictures that the owners were my polar opposites when it came to decor. Because of this, picturing our family there was a stretch of the imagination. Yet, with the thin market, we decided to still take a look.

The day of the showing we had five homes teed up to look at. The first four were hard no’s. I recall joking with Andrew on the drive to the fifth house, saying “babe, if this one doesn’t suck…we’re buying it”.

Ha! That sounds so petty. And, honestly, it wasn’t that cut and dry.

When we drove up we were taken back by the curb appeal. It was exquisite. Quaint. Overflowing with New England charm. The yard? Huge. Flat. 100% usable land. And exceptionally kept. A rare gem in the area. Upon seeing this, Andrew echoed my earlier comments as we stood on the front steps, our realtor unlocking the lock box. “It has the yard and the curb appeal. If the inside is as good as the outside, this might be it”!

Don’t get me wrong, it needed some work. The MLS pictures did not lie. Room by room the style was decades in the past. But…it had bones. Good, good bones. Charming bones. A double fireplace with masterful masonry work. Wood floors throughout. Carved archways, trim, and crown molding. Lots of natural light. The stretch of the imagination instantly turned into a vision. That vision turning into a to-do list. And this girl LOVES a to-do list.

Despite our excitement and doe eyes, I can vividly remember our realtor being perplexed . He actually had to sit down at one point to wrap his head around the flow of this house as I began spewing off ideas of how we could make it magnificent. The house had no flow. No function. A 5 bedroom house. 3 bedrooms upstairs. The master downstairs on the main level. And then a random “guest” bedroom with bathroom off the kitchen. It was mind bending. Who puts a bedroom directly off a kitchen? And more over, who throws a wall up to make it so you can’t go directly from the house into the garage. Winters in New England are no joke and if we’re gonna have a garage you better believe we’re gonna use it to its full extent without having to bear the cold to access it.

And so that bedroom/bathroom space became for us an instant priority after moving in. We hired a contractor to knock out a few walls and turned this space into a mud room, laundry room, 1/2 bath, and WALK IN PANTRY!

Renovations are almost done (need a coat of paint in the new bathroom and laundry room shelving hung) but want to share with you some before and afters of the pantry space which was once a bathroom. 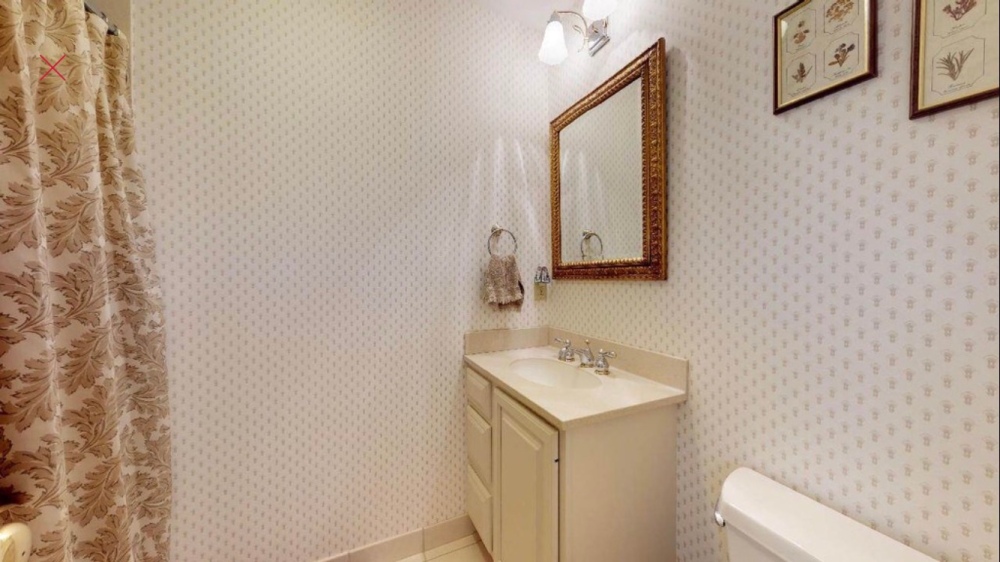 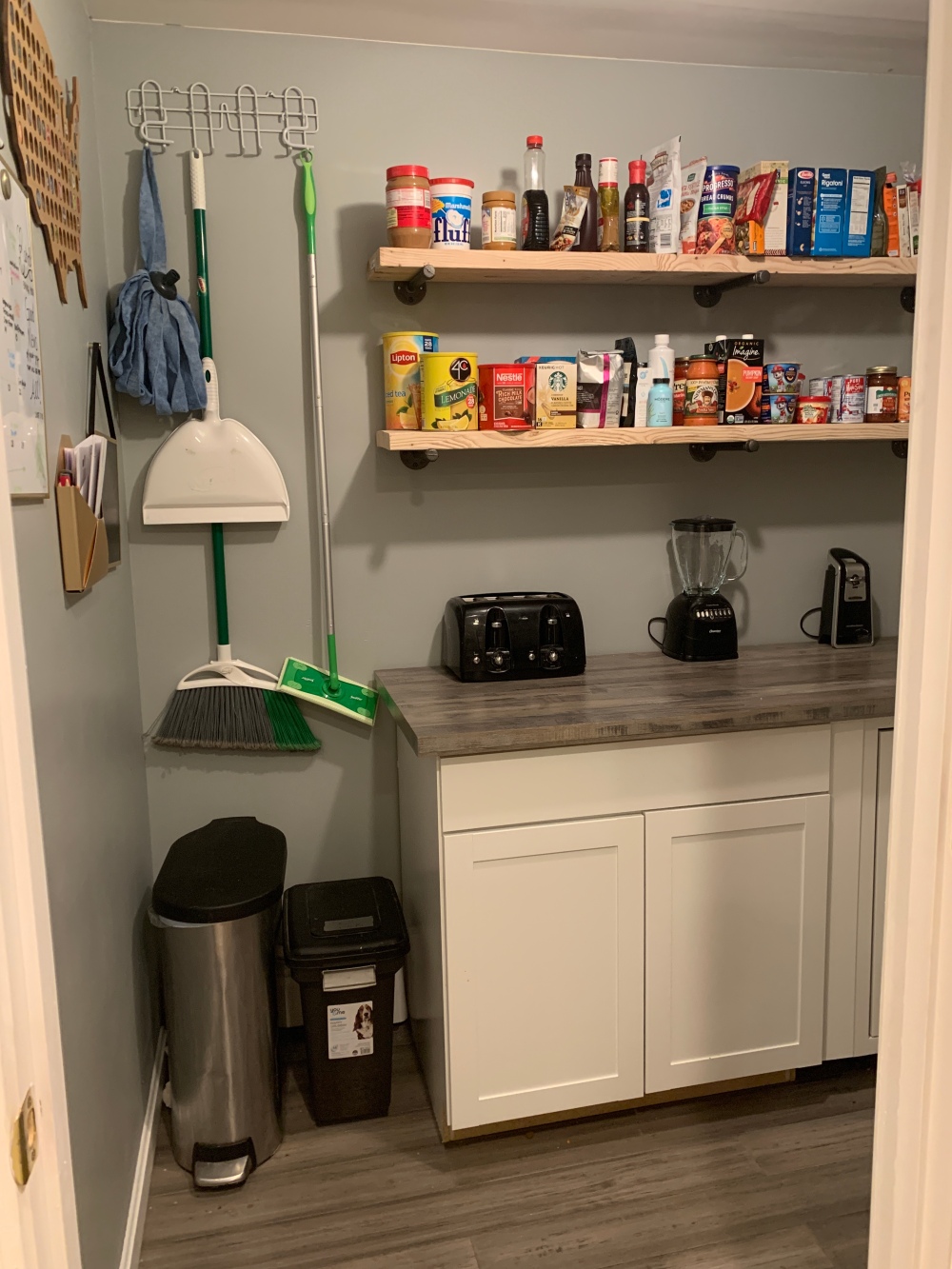 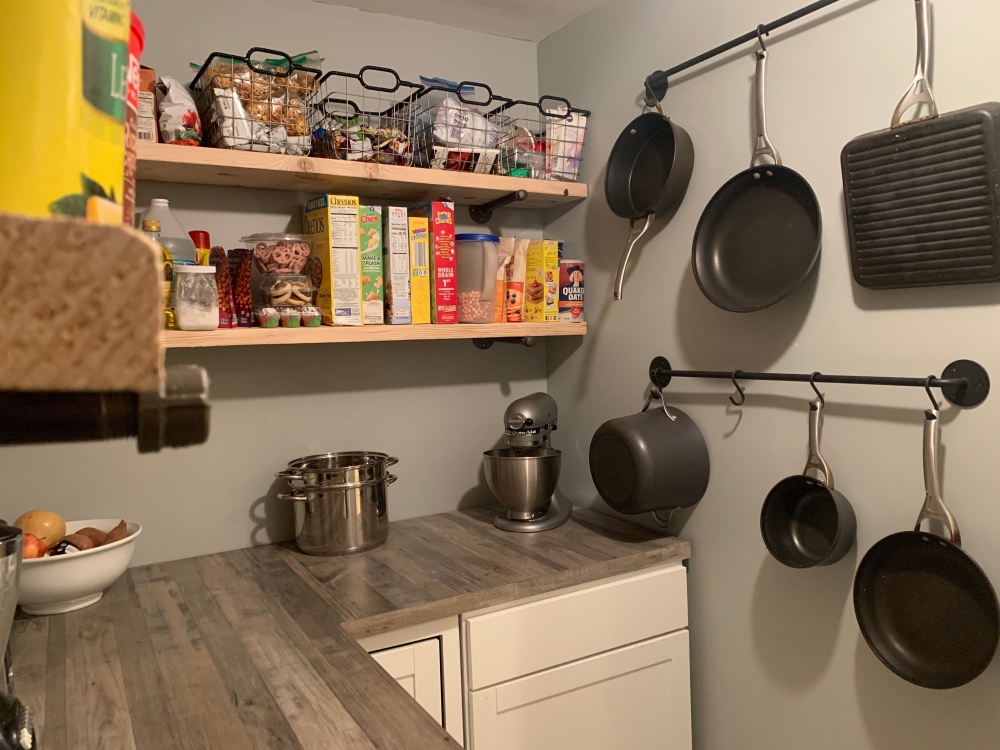 I’m in love you guys! I love we had a vision and brought it to life! This may be my favorite home improvement project yet!

Check back soon to see the rest of the renovation and what we did to turn the bedroom portion of this space into a functional dream. Couldn’t be more pleased. Thanks for coming along with us as we make a house a home. Our home.